Anne and I finally acquired a new grill during the last week.
It fits very well out on the deck, parallel against the window.

Its a Charmglow (Home Depot Brand); to my surprise its very sturdy and solid stainless steel.  Which has a lower cabinet and shelves on the side, and 3 monster burners.

It pours out 36,000 BTUs and I purchased a new Blue Rhino propane tank.
As the old one was no longer up to code and with the Blue Rhino tanks, I get a new tank everytime I need to fill up. 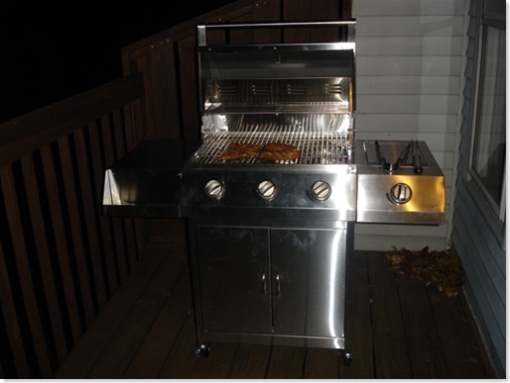 Here is a picture of the 2nd bedroom completed: 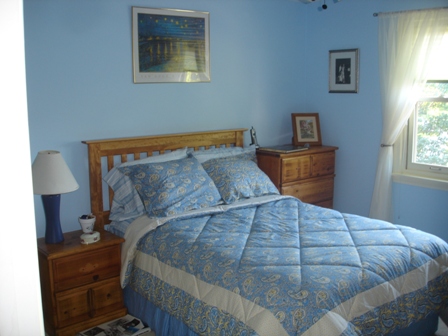 So last week, I had a visit at Home Depot to purchase some electrical equipment.
During my visit, I walked by the appliances and noticed that they were having a sale.

There it was, our refriderator on sale, the exact one that we need – Shallow Back –> GE Profile Stainless Steel !
Because of the size of our kitchen and where the fridge has to go, the fridge has be shallow (price goes up) and fit just right.

So we were able to purchase the fridge (ice maker and other great toys) and Home Depot would even deliver it for us.

And they did and they honored our request of Wednesday @ 6 AM.

Here is a picture of the fridge in place, click here to view other pictures of the installation.

The water line is connected to the fridge, so now we do have the icemaker / water does work infront of the fridge.
This was also some work because i had to replace the main water line coming from the copper supply line to the sink.
Because the original one was damaged when i tried piercing the hose. So instead I bought a saddle back connector (water line splitter) and am able to direct the water to the sink and to the fridge.

Coming soon are more pictures of the kitchen, water coming from the fridge and cabinet work! 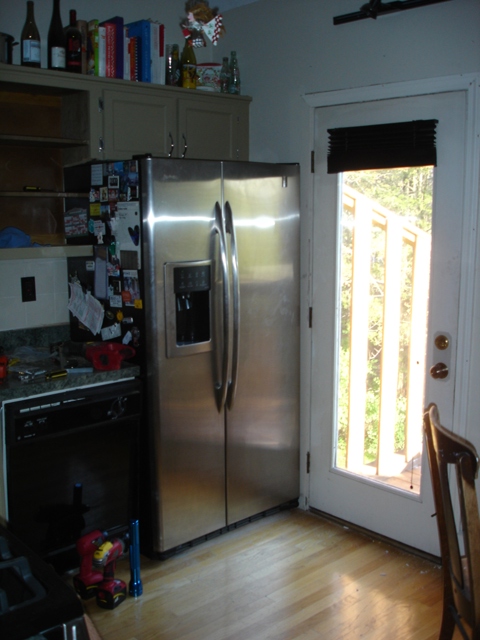 Here is Anne finishing the final touches on the windows for the second bedroom: 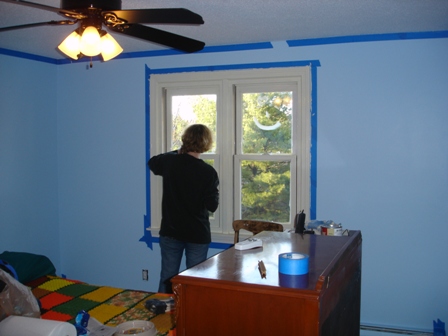 Last weekend we finally decided on this model and purchased it through Circuit City (on sale – bonus) though because they were no longer in stock, we had to order it online.
We did the free shipping option, which was standard ground but we received it on Thursday.

Though unfortunately dumbass FED-EX driver didn’t get my message from the night before that I would pick up the package at the service center.
Because there is no one home during the day and therefore no one to sign for it.
So instead the dumbass FED-EX driver left the TV in the box (with picture of tv on it) on the door step and oh it was snowing/raining that day.

Luckily I checked the web site for tracking and noticed that it was left at our front door; ran home and put it inside; luckily not wet and no damage.

So the next step was put up the TV in the Kitchen, we bought the super expensive TV arm, which very flexible and super premium coax cable to go with it. Though I quickly learned that the arm needs to be screwed into a wood stud, of which where we wanted it to go there were no studs, just sheetrock.

So I had to cut a hole in the wall, build a frame and wire the wall. Anne and I took pictures of the whole process. The TV is up and working very well; the only thing left is to move the electrical outlet; sand and paint where the cutout is.

You can see what we did here; take a look at the many pictures….

Here are a picture of the finished area in the kitchen…. 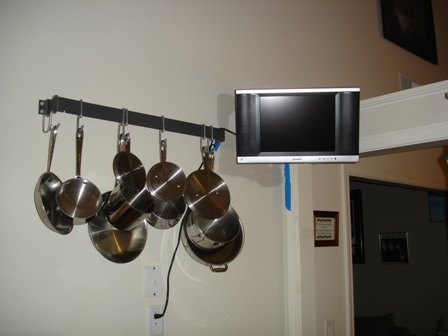 On Sunday the In-Sink-Erator (Garbage Disposal) decided to die.
We orginally thought it was because Anne put her popcorn kernels down the sink. Though it turned out that the motor died on the erator. It was actually a good thing because the inside was rusted and water was in the motor. When we disconnected the wiring, the ground wire was disconnected.
Thanks to my dad for helping me change the erator.

(Side Note: Anne says that my blog writing is not fun; i guess i should take some funny writing classes from her and nate.) 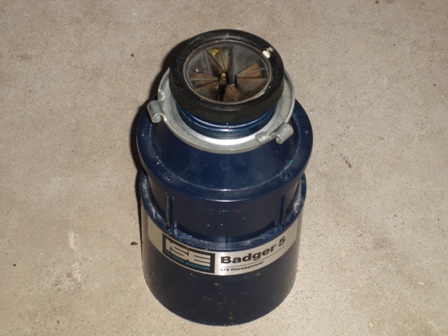 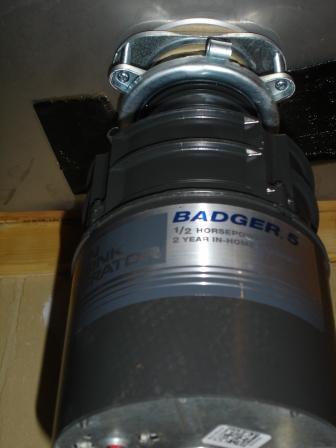 Well unfortunately pictures of the basement won’t be those of it being finished in the laundry room.
We had a small backup in the main sewer line and everything backed up onto the floor in the laundry room.
After two days of cleaning the entire room and having to clean the room twice. Because the first time we didn’t realize the problem was the sewer line. Had a to have a plumber snake through the system with a huge 1 inch thick snake, that was two snakes in one. He went about 32 feet into the pipe line and push out the crap into the street sewer. After having the sewer open for two days, shit does smell like shit, cause it is shit. Though i got used to smell really quick. Props to Anne for finding the water in the basement on Tuesday morning.

Unfortunately, I don’t have pictures of crap/shit on the floor. I realized after i cleaned that i should have taken pictures. Though I did take pictures of the room cleaned and even the bench was clean. (for now).

Now I can focus on finishing the cabinets and eventually putting the carpet on the floor.
(The carpet is used from someone else, so I don’t care if it get ruined. And for the fact that have a washer basin now, and the rubber sealed walls drain into the basin. Which holds allot of water as I found out the hard way.)

Here are some pics: 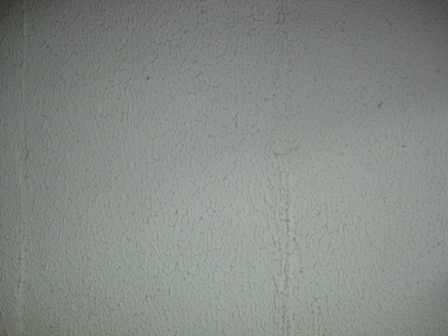 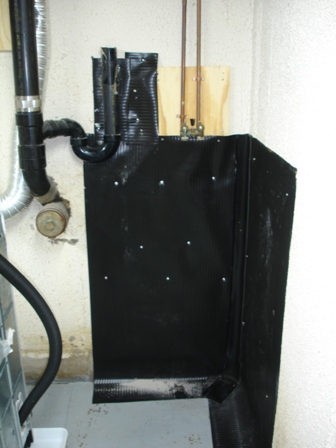 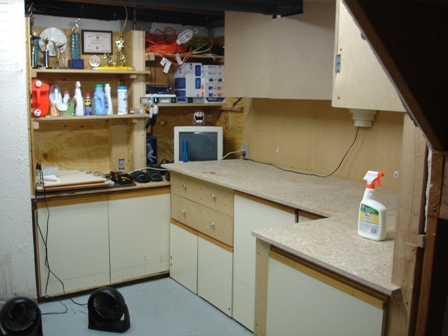 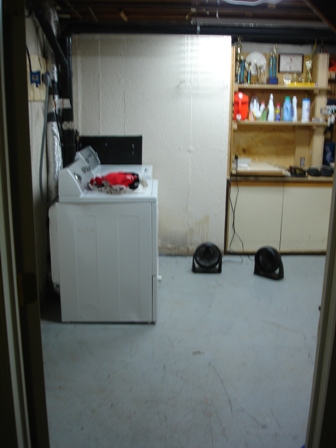 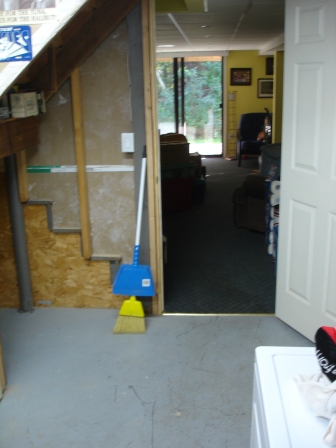 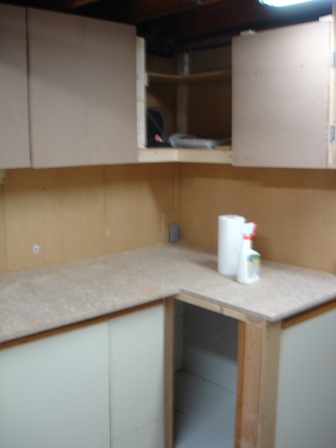 Coming Soon…Finished Pictures of the Basement.
I just have to finish the cabinet doors on the uppers shelves and one on the bottom.
Then I get to lay the carpet down, which will be very exiciting.